Subway Surfers is a casual race-and-chase game developed and published by Kiloo Games on iOS and Android platforms, which was released in October 2012. The game's graphics are simplistic and goofy, with a wide range of colors to make people feel comfortable, and the gameplay is very smooth and clean. The game also contains a variety of props such as spring shoes, etc. In November 2016, "Subway Surfers" was honored as the "China IP Value List - Game List Top 10" in the 2016 China Entertainment Index Gala.

1. The game's screen style is relatively simple, there are a variety of different background effects waiting for you to show.

2. Simple and smooth operation mode which can be easy to control.

3. Keep running forward to avoid obstacles, enjoy the unique charm of racing along the way.

4. Help your teammates to complete the challenge of tension and excitement.

2. Decorate the train and draw vivid and fun HD images!

4. Challenge and help your teammates!

1. There are some game levels, let’s start your journey.

2. The operation of the game is very simple.

3. It has high-definition picture quality.

4. It is a very interesting game, and full of childhood memories.

1. This game has too many characters, half of which are used after paying.

2. It takes long time to load the game.

3. Sometimes there are some ads in this game.

Firstly, the unique graphics are the biggest highlight of this game.

The overall feeling of the screen of the general parkour games are very dark, but Subway Surfers completely overturned the previous style of graphics with vivid, bright colors, 3D cartoon style graphics, characters and scenes are very fine, especially the main character with big eyes is portrayed as very cute.

Secondly, it is similar to Temple Run gameplay operation.

In terms of operation "Subway Surfers" is not special. Completely through the finger slide style gameplay, which simplifies the navigation and makes the game easier to get started with. It is worth mentioning that players can play in three spaces. The first is on the ordinary ground, no difference from other games, the second is on the top of the train can also run, the third you can also use the jet to fly directly into the sky to pick up gold coins.

Thirdly, the game also added the task system, there are daily tasks and achievement tasks, complete to get the corresponding rewards. Achievement tasks such as using the skateboard once can get a reward, collect all the words to get a mysterious treasure box reward daily tasks.

In short, Subway Surfers inherits the parkour style of "Temple Run", while boldly using color, mission system, and innovative three-dimensional space parkour mode. Therefore, if you are interested in Subway Surfers, come and try it. 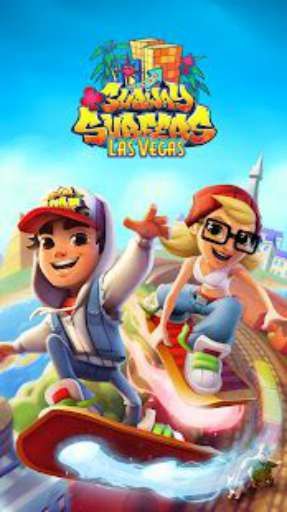 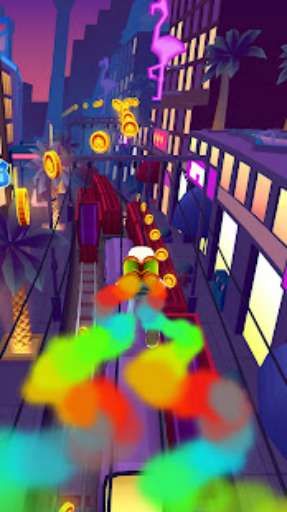 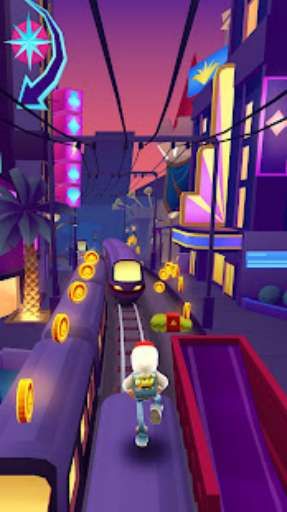 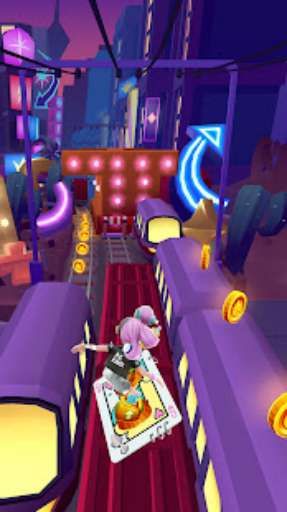 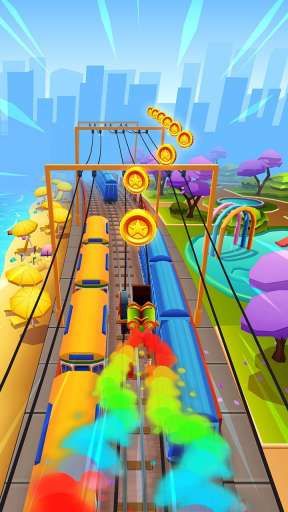 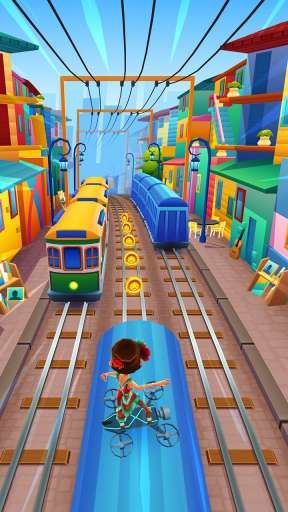